Cooking at home is a great way to keep your family healthier. Yet it can also be a source of indoor air pollution that can even cause respiratory and heart issues. The problem isn’t just with gas stoves. No matter how you do it, frying, grilling or toasting foods will release fine particle pollution, nitrogen dioxide, carbon monoxide and carbon dioxide, and Volatile Organic Compounds (VOCs) right under your nose. The solution? Good ventilation! 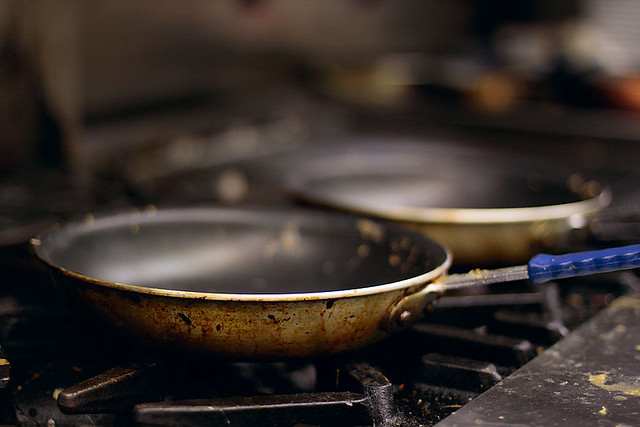 The best way to deal with kitchen air pollution is to install a good range hood that vents outside. Unfortunately, that’s easier said than done. Researchers at Lawrence Berkeley National Lab closely examined representative range hoods and found out that capture efficiency varied from less than 15% to more than 98%. That’s a huge difference!

Most of the hoods performed well at venting exhaust gases, but some some had high capture efficiency, others were quiet, while some were energy-efficient. Unfortunately, it’s rare for a range hood to excel at all these things. Still, you can follow these simple tips when buying a new hood that vents outside for your kitchen:

You can get more info about choosing your range hood in the following Berkley Lab video, which also includes other general tips on improving air quality at home:

If you have an existing hood, you should always use the highest fan setting that isn’t too noisy while cooking. Even less effective hoods can do their job well enough if you use the back burners, where most of the pollution is captured. And if you don’t have a hood that vents outside or can’t install one for whatever reason, you should open the windows while cooking to get as many harmful gases out of your kitchen as possible.

That’s why it can also be helpful to have a Cube in your kitchen to monitor your levels of indoor air pollution. CubeSensors can alert you when the concentration of VOCs reaches unhealthy levels and whether your hood is too noisy for a comfortable cooking experience.